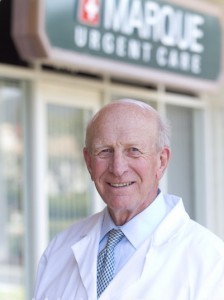 Amphetamines for Adults with ADHD? by Lynn Stanton, M.D.

Attention-deficit/hyperactivity disorder is a neurodevelopmental condition which starts during childhood and can continue into adulthood.   Adults with ADHD display symptoms of inattention (i.e. difficulty focusing or distaste for activities requiring attention) more often than hyperactivity.  According to The American Family Physician, ADHD affects an estimated 4.4 million Americans and has been associated with unemployment, depression, divorce, post-traumatic stress disorder, and substance abuse.  But are amphetamines an effective treatment for adults with ADHD?

Amphetamines are psychostimulant drugs which affect the central nervous system.  They temporarily alter mental or physical functions or both.   Amphetamines are used to treat conditions such as narcolepsy and ADHD. Studies indicate that amphetamines decreased the severity of ADHD symptoms in adults compared to the placebo. However, amphetamines had a higher drop-out rate than the placebo due to adverse side effects.

In sum, amphetamines have improved short-term symptoms for adults with ADHD, but the adverse side effects could make long term use challenging for some.