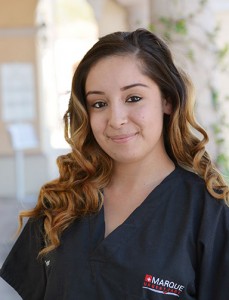 Did a boss or employee lose their cool in the company meeting?  Does that colleague seem a bit volatile and unstable? It can be challenging working with individuals who have inconsistent personalities which may mask a deeper, underlying, serious medical issue.

What is Bipolar Disorder?

Our society often uses the term “bipolar” loosely to describe a person with extremely erratic mood swings.  Bipolar disorder is a serious medical condition which encompasses so much more than just an outburst of anger. It involves episodes of hallucinations, psychosis, delusions, and/or paranoid rage. The known cause of bipolar disorder involves dysregulation of the brain functioning and it can also be genetic. It is usually diagnosed between the ages of 15-24 and persists throughout a lifetime. Once you have been diagnosed, the doctor will decide on a treatment plan that works best. The treatment plan could include medication, psychotherapy, electroconvulsive therapy, etc.

Bipolar “mood episodes” include unusual mood changes along with unusual sleep habits, activity levels, thoughts, or behavior. People may have manic episodes, depressive episodes, or “mixed” episodes. A mixed episode has both manic and depressive symptoms. These mood episodes cause symptoms that last a week or two or sometimes longer. During an episode, the symptoms last every day for most of the day.

Mood episodes are intense. The feelings are strong and happen along with extreme changes in behavior and energy levels. (https://www.nimh.nih.gov/health/publications/bipolar-disorder/index.shtm)

Are mood swings normal?  Experiencing mood swings from feeling happy to sad are normal. The difference between mood swings for people who have bipolar disorder is that they are far more severe.

Although genetics can play a role in being diagnosed with bipolar disorder, it doesn’t necessarily mean that the condition will be inherited. For instance, research of identical twins showed that even when one twin has bipolar disorder, the other may not. In addition to genetics, stressful life events could trigger bipolar symptoms.