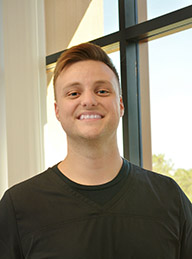 The heavy metal, silver, is commonly associated with jewelry and fine utensils, but as a surprise to some, it has been investigated for health benefits for hundreds of years. I was initially under the impression that adding heavy metals could potentially harm the body, until I learned that silver is a natural element. It can be found in whole grains, edible and medicinal mushrooms, mammalian milk, spring water, sea water and tap water. Silver is in fact used in many medical treatments such as: treatment of burns with silver sulfadiazine, prevention of blindness in newborns with silver nitrate, enhancement in medical equipment, and in some cases, involved in regenerative cell processes.

Colloidal silver is a solution of submicroscopic pure silver particles that are suspended in water. The first anti-microbial uses of silver were founded around 400 B.C.by the “Father of Medicine” himself, Hippocrates.  It wasn’t until the 1930s that we saw the beginning of colloidal silver’s revolutionary use for all kinds of ailments. In the 20th century, the use and efficiency of antibiotics began to shadow the not-so clinically recognized claims of silver. In modern day, popularity for silver has resurfaced, as many looked for alternatives to prescription medications. The health benefits of silver are astonishing. Silver can be applied as topical solutions used in nose spray, eye and ear drops.  Colloidal silver maintains a tenuous ‘grandfathered’ state in the market (colloidal silver has not been designated as a drug for the treatment of diseases, but it is instead sold as a health supplement, intended for external use only). Despite colloidal silver’s tumultuous history, the benefits of its many uses are still notable.

How Does Colloidal Silver Work?

In 1996, the publication by Richard Davies and Samuel Etris of The Silver Institute, The Development and Functions of Silver in Water Purification and Disease Control, outlined three mechanisms that silver utilizes to weaken disease-causing bacteria. They are Catalytic Oxidation, Reaction with Cell Membranes, and Binding with the DNA of diseased bacteria.  These cell-disabling actions remove the possibility of infected cells replicating.

Reaction with Cell Membranes – Silver ions can attach directly to the cell membranes of bacterial cells to produce a similar cell blocking effect.

Binding with the DNA – In the bacteria Pseudomonas aeruginosa, “while it remains unclear exactly how the silver binds to the DNA without destroying the hydrogen bonds holding the lattice together, it nevertheless prevents the DNA from unwinding, an essential step for cellular replication to occur.” (ncbi.nlm.nih.gov)

There is evidence of topical anti-inflammatory action of silver particles by accelerating inflammatory cell apoptosis (cell death) while treating dermatitis.

How Is Colloidal Silver Commonly Used?

With its antibiotic, antiviral, and anti-inflammatory properties, colloidal silver can help the body through:

Despite my own skepticism, the only harrowing news discovered about colloidal silver’s adverse effects is agyria, a benign condition caused by deposits of silver compounds in the mucous membranes of the skin, turning skin a bluish-gray color. Agyria have only been found in poor quality colloid products.

Not all colloidal silver is produced equally.  The market is plagued by contradictions and erroneous claims by some manufacturers of colloidal silver. Silver hydrosols, a subspecies of colloidal silver, are regarded for having the highest production quality, namely Sovereign Silver, produced by Natural Immunogenics (and recommended by Marque’s own Dr. Walid Faraj).

Besides the purity of the silver (no less than 99.99%) and the water it’s suspended in, the effectiveness of colloidal silver is dependent on a few other factors: Species, Particle Size, Charge, Concentration, pH, and Packaging.

pH – pH neutrality is important in helping the body maintain a natural state as silver particles are absorbed. Choose a silver product that is as close to pH neutral (7.5) as possible.

Packaging – Plastic containers have toxicity and leaching issues, colloidal silver should only be bottled in glass.

When considering a silver colloid for personal use think quality, not quantity.  High quality silver absorbs quicker into the body and reacts more effectively, allowing it to be passed with ease, avoiding any side effects. While considering colloidal silver as a ‘cure all’ might be a bit exaggerated, It’d be hard to deny the studies and individual praises for its benefits in first aid, immune system protection, and treatment of infections. For these reasons and the fact, it never expires, I could definitely find a place in my first aid kit for some silver. Just remember, for those less than minor cases, silver is no substitute for a physician!