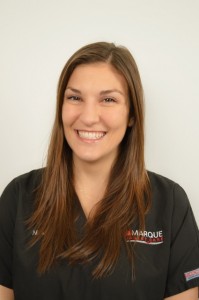 Electronic cigarettes (e-cigarettes) have been getting a lot of attention in the news lately. There is much debate over the usefulness of e-cigarettes as they relate to harm reduction and smoking cessation. While there have been a large number of different studies done, in different countries even, the results seem to give contradictory conclusions. In order to understand these conclusions we must first determine which aspect of e-cigarettes we will be evaluating. A lot of the debate related to vaping has to do with how these e-cigarettes are classified. Currently, they are considered a smoke-less tobacco product, even though they contain only a trace amount of tobacco. The FDA denied requests made to consider e-cigarettes a smoking cessation tool or even a safer alternative than cigarettes. While most people feel as though e-cigarettes are less harmful than traditional cigarettes, there have not been any studies about the long-term effects of vaping. In a collection of studies performed in multiple countries about the attitudes and opinions of citizens about e-cigarettes there were a significantly larger amount of positive results than negative results. In most studies citizens found that vaping with e-cigarettes led to an overall reduction in the number of traditional cigarettes smoked and in some cases led to a complete cessation of traditional cigarette smoking. These studies also showed that people who had never smoked traditional cigarettes were unlikely to try vaping. This provides some contrary thought to the previously held belief that non-smokers would begin vaping because it is marketed as “cool” and that young adults and teens would think it was not harmful. In 11 studies performed evaluating the chemical analysis of e-cigarettes, more than half showed that there was a positive or neutral impact of e-cigarettes. In a collection of 25 studies evaluating the impact of vaping instead of smoking a significant number found that vaping was much healthier for the participant than smoking traditional cigarettes. While there have been studies that show the potential for e-cigarettes to become the most popular harm reduction agent or smoking cessation tool an adequate amount of research related to their safety just has not been completed yet.