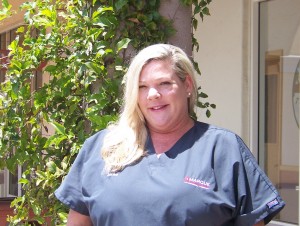 If I Feel Dizzy Between Meals, Do I Have Hypoglycemia? by Marilee Taplee

The term hypoglycemia refers to abnormally low blood glucose.  People with the condition postprandial hypoglycemia, literally, “low blood glucose after a meal,” may experience fatigue, weakness, dizziness, irritability, a rapid heartbeat, anxiety, sweating, trembling, hunger, or headaches.  Mental symptoms, such as confusion and impairment of intellectual tasks are also seen.  These symptoms like confusion, impairment of intellectual tasks, are also evident. These symptoms are so general and common to many conditions that people can easily misdiagnose themselves as having postprandial hypoglycemia which is actually quite rare. A true diagnosis of this condition requires a test to detect low blood glucose while the symptoms are present to confirm that both happen at the same time.

A person who has symptoms while fasting experiences a different kind of hypoglycemia, fasting hypoglycemia.  Its symptoms are headache, mental dullness, fatigue, confusion, amnesia, and even seizures and unconsciousness.  Serious diseases and conditions, like cancer, pancreatic damage, uncontrolled diabetes, liver infection and advanced alcohol-induced liver disease, can all produce true hypoglycemia.

To bring on even mild hypoglycemia with symptoms in normal healthy people requires extreme measures, administering drugs that overwhelm the body’s glucose-controlling hormones, insulin and glucagon. Without such intervention, those hormones hardly ever fail to keep blood glucose within normal limits.  Symptoms that people ascribe to hypoglycemia rarely correlate with low blood glucose in blood tests and such conditions may best be classified as non-hypoglycemia.  Still people who feel these symptoms may benefit from eating regularly timed, balanced, protein-containing meals and especially should avoid going between low-carb dieting and sudden, large, refined carbohydrate doses.  It could also help to minimize intake if alcoholic drinks because a high alcohol intake can injure a healthy pancreas.

Hypoglycemia: A blood glucose concentration below normal may be an indication of other diseases, including impending diabetes.

Postprandial hypoglycemia: An unusual drop in blood glucose that follows a meal and is accompanied by symptoms such as anxiety, rapid heartbeat, and sweating: also called reactive hypoglycemia.

Fasting hypoglycemia: Hypoglycemia that occurs after 8 to 14 hours of fasting.