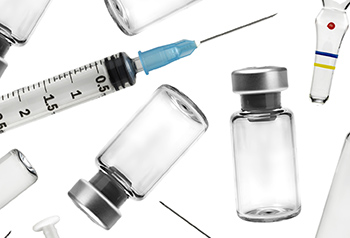 Immunizations: Stick to the Facts by Your Marque Team

I often get questions regarding the safety of vaccinations and whether  they are dangerous to administer to children because of the recent media-related information regarding side-effects such as autism.  There are indeed some minor side effects to getting a shot such as pain, redness at the injection site, fever, and in rare incidences, allergic reactions to the vaccine.  Some individuals experience infections associated with the attenuated (or deadened) virus.  For example, the rotavirus vaccine which was approved over a decade ago, increased the risk for a life-threatening condition known as bowel obstruction and the vaccine was immediately recalled.

Although many have brought up the issue of thimerosal (preservative) in vaccines, which is a mercury-containing compound used as a preservative since the 1930s, no actual cases of mercury toxicity have been reported secondary to vaccinations.   Jenny McCarthy, a celebrity known for her foundation called Generation Rescue, believes there is a link between a combination of antibiotics and vaccines overwhelming the body’s immune system which causes autism.  Due to all the media hype, thimerosal was subsequently removed from all vaccines in 2001 with the exception of activated influenza.  It was later determined that the same number of children were reported to have autism in those who were vaccinated vs. unvaccinated.  You can find the full study and report here: http://www.cdc.gov/vaccinesafety/concerns/autism.html.

In 2003, there were northern Nigerian groups who had similar beliefs about the oral polio vaccine. They believed it was unsafe and this created a chain reaction of suspicious thought in the U.S., which caused a reduction of this important immunization in the states.  This was a direct issue for the community since the cases of polio infection increased by a whopping 36 percent.  Thousands of individuals were left permanently paralyzed in previously polio-free areas.

Whooping cough (pertussis) is prevented by an easily administered Tdap vaccine (tetanus, diphtheria, and pertussis or whooping cough vaccine). It is very unfortunate to note there are babies at CHOC with “the 100-day cough” (known as whooping cough) because people are signing waivers against immunizing their children due to myths regarding vaccines.  The CDC reports that in 2014, 32,971 cases of pertussis were reported to the CDCT, representing a 15 percent increase compared 28,639 cases reported during 2013.

The bottom line, protecting your family members by keeping their immunizations up-to-date is the most important preventative health care initiative you can implement to defend against deadly diseases that have been eradicated from our population.  Stick to the facts.  Check with your healthcare provider or visit the CDC webpage at http://www.cdc.gov/vaccines/recs/schedules/default.htm for more information and important facts to keep your children, parents, and family members infection-free.