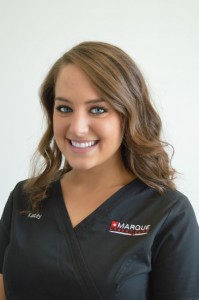 Nothing puts a damper on a new school year like a case of head lice. Head lice are most common among preschool to elementary school aged children and affect an estimated 11 million kids each year. The head louse, or Pediculus humanus capitis, is a parasitic insect that can be found on any form of human hair. Their most common whereabouts are on the scalp but they can also be found on the eyelashes or eyebrows.  Lice feed off human blood a few times a day and can live up to 30 days on the human scalp. Without blood they will die within a few days.

There are three types of head lice: an egg or a nit, a nymph, and an adult louse. Nits, or the eggs of lice, are about the size of a knot in a piece of thread and are white or yellow in color. They are located close to the scalp and take about eight or nine days to hatch. The freshly hatched louse is called a nymph. A nymph needs to feed on blood to live and looks the same as an adult louse, only smaller. It takes about nine to twelve days for a nymph to become an adult louse. Adult lice are about the size of a sesame seed and also need to feed on blood to survive.

Head lice do not jump or fly; so the primary way they are transferred is through head-to-head contact with an infested person. The spreading of lice is very common with children through sports activities, slumber parties, and playing on the playground. It can be spread by the shared use of clothing, hats, bedding, and brushes with an infested person, though it is uncommon.

When a child is infested with head lice, they may complain of a tickling feeling in their hair and scalp that will not stop itching. The itching may increase at night due to the fact that lice tend to hide form the light and are most active in the dark.  Sores on the head may also develop from scratching and the bites of the lice can also cause an allergic reaction, resulting in a more intense itching sensation. The main way to ensure that your child is suffering from head lice is to actually find a louse in their hair. This can be done by using a comb and a magnifying glass to get to the root of the hair and locate the louse.

The good news is that lice are very treatable. Once the lice have been identified, a shampoo called Lindane can be prescribed to eradicate them. A few home remedies have been reported to be helpful as also, such as leaving mayonnaise, vinegar or butter on the hair. These methods work well with killing the adult louse but rarely kill the eggs.  It is important to remember that the acquisition of lice has nothing to do with cleanliness, the louse does not discriminate.