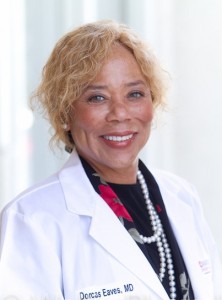 Part 1: What is this Disease?

Necrotizing fasciitis is an infection that starts in the tissues just below the skin and spreads along the flat layers of tissue (known as fascia) that separate different layers of soft tissue, such as muscle and fat. For the general populace, Necrotizing Fasciitis is best known by the moniker “flesh-eating bacteria” a term coined by the news media.

This dangerous infection is most common in the arms, legs, and abdominal wall and is fatal in 30%-40% of cases. The bacteria that cause necrotizing fasciitis can be passed from person to person through close contact, such as touching the wound of the infected person. However, this is a rare event unless the person who is exposed to the bacteria has an open wound, chickenpox, or an impaired immune system.

Necrotizing fasciitis is not a new disease. One of the first references to the disease was recorded in 1871 by Dr. Joseph Jones an Army Surgeon, who studied more than 2,600 cases of the disease he observed during the American Civil War. Throughout history, some of the worst outbreaks of this condition have occurred in war-torn areas, as well as in military hospitals.

Fournier’s gangrene is the term used when the condition affects the genitals. Jean-Alfred Fournier, a Parisian doctor, became the pre-eminent person attached to this condition after delivering a lecture on the subject in 1883. He noted that diabetic patients might have a higher risk of developing this disease.

By 1918, it was thought that this condition was likely caused by a bacterium of some sort. This was proven in 1920 when U.S. surgeon Frank L. Meleney published a paper on the topic. In his paper, he asserted that 20 patients he examined in China were afflicted with necrotizing fasciitis caused by hemolytic streptococcus.

In 1952, Dr. B. Wilson first used the term “necrotizing fasciitis.” This term is the one still used in modern medicine, and is generally considered to be the most accurate and concise description. Other terms used to describe this condition include streptococcal gangrene, hospital gangrene, necrotizing erysipelas, and suppurative fasciitis.

Necrotizing fasciitis may be caused by an infection with one or more than one bacterium. In most cases, the term flesh-eating bacteria have been applied to describe infections caused by Streptococcus Pyogenes. The term flesh-eating has been used because the bacterial infection produces toxins that destroy tissues such as muscles, skin, and fat. Streptococcus Pyogenes is a member of group A streptococci, a group of bacteria that are responsible for mild cases of sore throat (pharyngitis) and skin infections, as well as rare, severe illnesses such as toxic shock syndrome and necrotizing fasciitis. Most infections with group A streptococci result in mild illness and may not even produce symptoms.

Other organisms may rarely cause necrotizing fasciitis, but when they do, the resulting infections are often difficult to treat successfully. Aeromonas hydrophila (a Gram-negative rod-shaped bacterium) has recently been the source of this disease in a 24-year-old who cut her thigh in a homemade zip line accident in the U.S. The organism established itself and caused the otherwise healthy young woman to have her leg amputated, and she may suffer further complications over time. Although Aeromonas hydrophila is usually associated with warm brackish water and causes infections in fish and amphibians, gastroenteritis is the disease it causes most often in humans when the water sources are swallowed. Because it is often resistant to multiple antibiotics, it is difficult to eradicate if it infects human tissues. In addition, once it infects tissues, its enzymes and toxins allow a rapid entrance of the organisms to the bloodstream, causing sepsis and infection of other body organs.