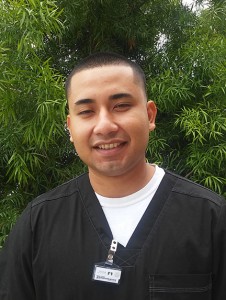 The human brain is the most difficult human organ to comprehend.  Many try to understand the complexity of the brain in relationship to mental disorders; one of the most widespread disorders is schizophrenia. Many people are affected by this mental illness which usually develops in teenagers and can occur in those up to their mid-thirties. It doesn’t usually appear in children and people over 45 years of age, but there are very rare cases where this does happen. “Schizophrenia is a severe mental disorder that affects the way that people behave, think and feel” (National Institute of Mental Health). Schizophrenia affects one in every 100 people, meaning that anyone could be at risk of developing the disorder in their lifetime. It’s important to be aware of the symptoms, know how it affects the brain, identify what causes the disorder, and understand what’s currently being done to treat it. 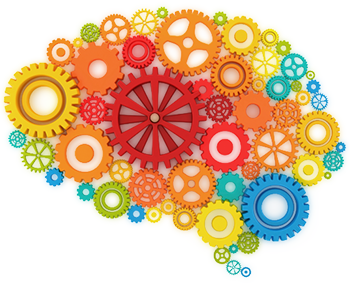 There are a wide range of symptoms for this disorder which varies from person to person; every case is unique. The symptoms of schizophrenia are classified into three categories: positive, negative, and cognitive. The positive group of symptoms include behaviors such as hallucinations and delusions where the person imagines things that are not real. The negative symptoms include but are not limited to the “flat effect” where the person shows less expression of emotion with facial movements (Huffman, Dowdell, 2015). Some may even become antisocial and have a difficult time completing activities that they could do before. The category of cognitive symptoms may also be different for every person with schizophrenia.  For instance, some may have trouble understanding information and making decisions.  Also, they may have difficulty paying attention and recalling information right after they learned it (Huffman, Dowdell, 2015). Every person has different symptoms but when someone is diagnosed with schizophrenia they do not behave the same way they used to. As many researchers describe it, schizophrenia is a collection of these symptoms. That’s why it’s important to pay attention to the person’s behaviors and if they show a collection of these symptoms a doctor can give them a proper diagnosis so they can finally get the proper help they need.

Although there’s no clear cause for schizophrenia, many researchers agree that there may be a possible genetic defect among other things that cause this mental disorder (Barnes, Holden 1987). Although many believe that having a relative who has schizophrenia increases that individual’s chances of developing it in their lifetime, when it researchers look at a person with schizophrenia, 90% of their relatives do not have the disorder (Barnes, Holden 1987). Trying to find a clear cause for schizophrenia will be very difficult to achieve since there are many variables that researchers must take into consideration. Schizophrenia is such a complex disorder that many researchers still have their own definition for it, thus making the cause more difficult to find. With the advancements in technology today there is only hope that soon a cause can be determined for this disorder.

The number of people affected by schizophrenia is still surprising, In the United States alone, it affects one percent of the population. It’s very important to know the symptoms that come with schizophrenia. Often it takes people a while to be diagnosed, and the sooner they are, the sooner they can get help. There’s much to learn from schizophrenia and there are new findings every day. As technology advances and more research is done, new answers are found. There is some information that tells us how it affects the brain, but it is still a complex disorder and there is more to find out. Like many other diseases and disorders out there, it is difficult to find a cure and truly understand what is going on in the brain. The brain itself is a very intricate organ and schizophrenia is just a small fraction of the whole.  There is so much hope to finally find an effective treatment that will help those who suffer from schizophrenia and finally put an end to their suffering, with all the research maybe the answers are closer than we think.