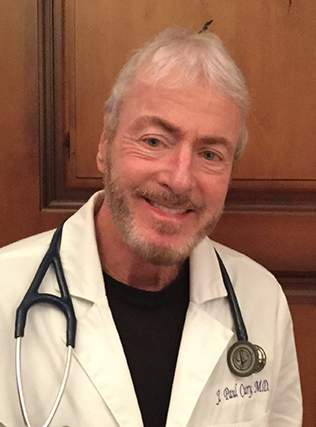 In lay terms, bacterial infections usually show up in different parts of our bodies like the lungs (pneumonia), kidney (pyelonephritis), sinuses, etc. where they make us quite ill until we take the proper antibiotic that kills the causing bacteria off. But once the bacteria settles into our bodies, we are always at risk that the infection may spread into our blood stream. Once in the blood, it can both multiply freely and exponentially- meaning that it can redouble its size and numbers rapidly sending the infection throughout the entire body with grave consequences such as shock that deprives our cells of oxygen and metabolic acidosis that shuts down our ability to keep our organs functioning. This all occurs very quickly and once it becomes obvious it’s generally too late to save the patient or critical organs like kidneys, liver, heart and lungs. To completely understand how it works mechanistically you would have to understand how first the different bacteria that cause sepsis go about making an individual patient septic, and then understand the different ways patients who become septic react to the sepsis. These differences in both us and the bacteria are called phenotypes, just like people with blue eyes and people with brown eyes. When you have differences in any group of things we say it’s heterogeneous, as opposed to homogeneous where everything is identical. So, like cancer that in the 1960s was believed to be homogeneous until thirty years later when all that was disproved, the experts in sepsis believed even today that you can understand sepsis by just looking at a bunch of different peoples’ reaction to sepsis discounting entirely that this is a heterogeneous group all different in how they react, and ignoring entirely the bacteria types that cause the infection to begin with. Also, history has taught us that using thresholds and expert opinion to define things rarely works out well. Early in the war on sepsis a large clinical trial was done that got people excited about how to cure it, but it didn’t seem to be working well and a second large clinical trial costing millions was done that disproved everything the first trial had come up with. We are no closer today than 25 years ago. This is what happens when we deviate from rigorous clinical research depending on guesswork to define  anything scientific.

Part 1       Sepsis struck more than a million Americans in 2011, killing between twenty-eight to fifty percent of its victims while costing more than $20 billion dollars.  Both victims and cost have been increasing for decades and continue to rise today, emphasizing just how serious a problem this is.  Yet our consensus sepsis experts in 1992 had openly declared war on this “disease,” promising treatment advances supported by large clinical trials and bold technologic breakthroughs.  None of these promises have been delivered.  Today, like the five decades preceding, the only sure way to save septic patients is still to recognize the symptoms and signs early, treating it immediately with proper antibiotics.  So, the question before us is why had this costly war failed so completely?

A broad understanding of medicine’s history reveals the answer. Two new decision-making theories had gained influence in the 1980s, their processes arising largely from a foreseen need to better manage the exponential growth of medical knowledge compiling throughout preceding decades and continuing to accelerate at a blistering pace.  These theories, namely threshold decision-making and expert consensus decision-making, were adaptations meant to both simplify and speed up our ability to know all diseases well, while simultaneously preserving the fundamental truth found in traditional, although much more tedious and slow-to-develop scientific discovery.  Their processes would hopefully encourage development of better, faster, and much easier ways to secure accurate, earlier diagnoses, especially when pertaining to rapidly evolving clinical change as seen in sepsis where time to treatment makes the difference between life and death.

Threshold decision-making borrowed reductionist (simplification based) principles rooted in the concept that human disease could best be defined by using one or more thresholds, often derived from laboratory or vital sign observations.  Threshold decision-making holds that the clinician can either mathematically or mentally combine pretest probabilities of a condition with the sensitivity and specificity of one or more breached thresholds (e.g. white blood cell counts going above 12,000 or below 4,000, or respiratory rates above 20/min) to determine the overall probability of the presence of an acute disease.  This process is simple enough to learn easily, copy accurately, and disseminate widely.   Merging it with consensus decision-making contending that reliable, valid scientific judgments could now be rendered through a somewhat formal process of capturing expert opinion derived from a heterogeneous population of experts rather than insisting on much more rigorous clinical trials, proved enormously seductive as well.  The latter had been popularized by the Delphi method, where several rounds of questionnaires are sent out to experts and anonymous responses are then aggregated and shared with the group after each round until consensus is reached.  This would offer the quickest solution to creating a “legitimized” definition for sepsis and getting its war launched.

Our experts jumped at the opportunity.  Expecting to be extolled for the transparency and standardization that their definition would bring to all sepsis related clinical care, as would their anticipated clinical trial successes, they toiled through two decades searching for just the right blend of threshold reductionism capable of revealing a fast track to taming sepsis, the number one cause of hospital deaths.  Instead, those years proved all these foregone conclusions wrong, including the expert consensus definition derived for sepsis itself.  In fairness, formal threshold decision making was only ten years old in 1992, and its weaknesses not yet appreciated.  The merging of threshold theory with consensus theory seemed quite reasonable during those early years.  Unfortunately, their well-meant choice to use a hybridization of these two new theories of decision processing was the beginning of just another colossal failure involving a high profile, but poorly understood, compendium of illnesses mistaken for one.

We who ignore the broad history of medicine surrounding us are doomed to repeat its disasters.  Because medical specialty work, both good and bad, tends to remain cloistered to all except those with vested interests, it’s common for physicians to be clueless while disastrous consequences unravel in disciplines unrelated to their own.  In this regard, another colossal failure had played out three decades earlier in an extended attempt to conquer another horrific, poorly understood illness, costing us dearly in flawed research design, wasted resources and loss in life.  Arguably, the most important contribution to both failures has been the remarkable similarities seen in the truculent attitudes and opinions of our experts leading the charge.