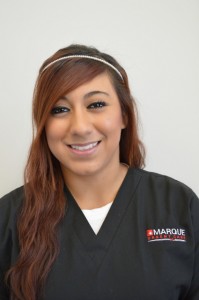 There are so many enticing hedonistic pleasures that plague our daily lives; but of all the temptations, there is one healthy and safe indulgence — sleep.  Your body is not just resting during sleep, but it is also replenishing energy levels, and depriving your body of such rest can prove to be consequential.

There are two states of sleep: REM (rapid eye movement) and NREM (non-rapid eye movement).  Consisting of four stages, NREM allows the body to gradually fall into a deep phase of rest, referred to as slow-wave, or delta, sleep.  During this stage, there is a release of human growth hormones, which allows for tissue regeneration, muscle growth, and strengthening of the immune system. Studies have shown that an average of 6-8 hours of sleep per night make weight loss more attainable and promote stronger cognitive function to the brain’s frontal lobe.

It is essential to establish a regular sleep pattern, prohibiting deprivation, as well as excess but still allowing for an ample amount of rest.  Sleeping less than six hours or sleeping more than eight hours may increase risk of depression.  Sleep deprivation may also cause fatigue, decreased immune response, and impaired memory and thought processing.

It has yet to be determined how much sleep is too little sleep, or rather how much total sleep debt one can attain. What is certain is that in order to restore the brain’s emotional, cognitive, and physical functions, you absolutely must get a full night’s rest.

Don’t bite off more than you can chew in your work, social, educational, or family life.  Incorporate a daily sleep schedule, and ensure that your daily schedule is planned accordingly. Plan to take a nap in the middle of the day for an energy boost.  Stop the consumption of all caffeinated beverages at least four hours before bedtime.  Turn off all technological devices, as well as any other gadgets that produce unnatural light, about half an hour before bed.  So you are not awakened during REM, phone applications are available and are equipped with an alarm that sound only during specific sleep stages.

Abide to the schedule, cut down on the tracking of celebrity news, and give your body the sleep it needs.