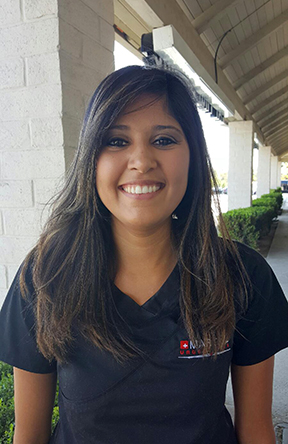 Who is Tommy John and what is Tommy John Surgery? Tommy John is a former pitcher in the MLB whose 288 career victories rank him as the seventh highest total among left-handers in major league history. After a season-ending damaged ulnar collateral ligament in his pitching arm in 1974, a new surgery was performed by Dr. Frank Jobe. Now known as ‘Tommy John’ surgery, it’s a procedure in which one’s healthy tendon is removed from an arm and or leg in some instances, to reconstruct a torn ligament in the elbow. The correct medical term for Tommy John surgery is Ulnar Collateral Ligament Reconstruction or UCL. After Tommy John’s ‘miraculous’ surgery by Dr. Jobe, he went on to pitch until 1989, winning an additional 164 games.

Baseball players, especially pitchers, are most likely to get this type of procedure, but it’s also often performed on gymnasts, tennis players, wrestlers, and javelin throwers to name a few. This surgery is usually performed on college and pro athletes. What gets a player to the point of creating an injury and needing this surgery? Young children starting at the age of 9 through college are being overworked by throwing too hard, fast and too much. Throwing too often and too hard can eventually lead to a tear from stress and strain. 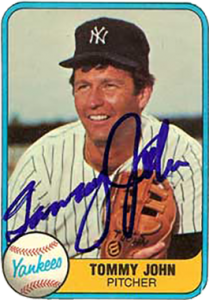 Typical treatment for a Tommy John injury is rest and lots of ice to help bring down pain and swelling. Orthotics such as splints and braces can be ordered or bought to eliminate stress of the injured part of the body. Physical therapy can help with strengthening and stretching the ligament. Anti-inflammatory type medication and injections of cortisone steroids may help pain and swelling. Pulsed ultrasounds will help with blood flow to the injured ligament and to break up scar tissue.  Tommy John surgery is the final treatment option if the above fails to help.

While there is no way to prevent this type of injury, there are ways to possibly minimize the risk by stopping early ball breaks:

These are just a few precautions that can be done to avoid a Tommy John injury.