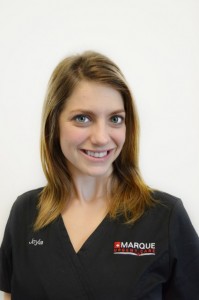 Many people have a misconception when they think about getting an X-ray. X-rays are a form of radiology. Radiology is a specialty of medicine that involves the study and use of imaging technology, such as an X-ray, to diagnose and treat diseases. Some common misconceptions of X-rays include: “all radiation is dangerous, radiation will affect fertility, and the new airport scanners used for scanning people are dangerous.”

Myth: All radiation is dangerous.

Fact: We are surrounded by natural radiation all of the time. There are radioactive elements in the earth, space, and even radon gases. All of these examples are called background radiation. People who live at higher levels are exposed to more radiation than those living close to sea level due to the higher altitudes.

Myth: If I get an X-ray it could affect the chance of having a healthy child.

Fact: It is commonly believed that the main health risk from radiation is the possibility of fertility or future offspring being compromised. In reality, it takes very large amounts of radiation to actually affect fertility or any future offspring. The main risk would be to develop cancer, and even then the risk is very small.

Fact: Independent researchers inspected several backscatter X-ray scanners at airports, and discovered that the amount of extra radiation a person receives from a scan is equal to the amount received in only 12 seconds of flying; which is a very minimal amount.

The aforementioned examples are just a few myths that people are misled to believe about getting an X-ray. Technology has improved since radiology was first discovered and it is a crucial aid in the field of medicine. So next time you need to get an X-ray, just think about how it can better benefit you and your diagnosis.