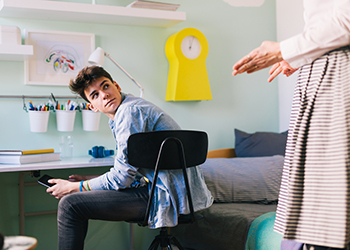 Genetic disorder XYY syndrome has become a fable among sociologists, geneticists, and microbiologists, since the 1970s. Researchers such as molecular geneticists are challenging notions that XYY syndrome has a correlation to criminal, anti-social and/or abnormal behavior. This is a male-specific condition where the male has an extra copy of the Y chromosome. Back in the 1960s, there were early reports of criminal activity linking individuals with XYY syndrome. Males were admitted to more insane asylums, hospitals, and confined to prison systems if that extra chromosome was present, and they were deemed as dangerous or criminal-like. Considerable publicity followed the misconception, dooming all males with this syndrome to a life of anti-social behavior. Such fear of XYY syndrome has even translated for some women to opt out of continuing a pregnancy after learning their fetus had an additional Y chromosome.

There are many instances when researchers might even influence parents when they inform them that their newborn being screened for the XYY karyotype might have some difficulty in their early and adolescent development which could someday lead to a life of crime or unruly behavior. What basis do such researchers have to lead the public to believe such a misconception or dangerous myth based solely on what they see as high-risk? Unfortunately, uncontrolled studies and considerable amounts of publicity have lead the public to unwisely believe such statements. For example, in some American prison systems, screening for the XYY karyotype was not present in most of the inmates as presumed due to their high criminality. Other studies suggested that males with XYY syndrome tended to be significantly taller than the average male, therefore, more of the taller inmates were qualified candidates for the screening which created a bias in the data collected.

Now, let’s analyze how the XYY karyotype occurs. An extra Y copy in a male’s sex cell is present. Typically, there are 46 chromosomes in each cell of a person. That extra Y chromosome is a genetic mutation. XYY is not inherited by parent cells, but occurs as a sporadic mutation during cell development and division. Taller than average, most males with XYY syndrome do not have unusual features that can be identified immediately. These males also have normal levels of testosterone and go through all normal phases of sexual development. During childhood development, XYY syndrome is frequently associated with increased learning disability or difficulty, slow speech and language development, flat feet, hand tremors, scoliosis, and even seizures. XYY syndrome also has an increased connection with behavioral disorders such as ADHD, anxiety, depression and in some cases, autism.

We all have individual internal and external characteristics that make us unique. Some have freckles and strawberry blonde hair, others have alcohol flush, and some can even have a trait for hemoglobin deficiency. Genetic differences such as a different karyotype should not be the cause to assume criminality. Positive attitudes can change and better the life of an individual with XYY syndrome, and all individuals for that matter with different traits and karyotypes.