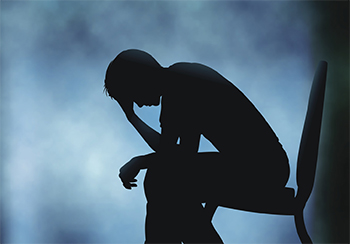 “Sadness is an emotion, whereas depression is an illness,” says Dr. Ken Robbins.

Depression is a mood disorder that’s characterized by a persistent low mood, lethargy, and feelings of worthlessness. It interferes with concentration, motivation, and everyday activities. Not only does it affect a person’s mood but the entire body; it weakens the immune system, increases susceptibility to viral infections, and even cancer. According to Dr. George Krucik, out of the 7 billion people worldwide, there was an estimated 121 million people that have some form of depression, but less than 25 percent have access to treatment.

Who can get it?

The cause of depression can be a factor of numerous reasons. For some, it’s genetic, so for people that have had or have someone in their family with depression, they have a higher chance of having depression as well. Another reason could be from past physical, sexual, or emotional abuse that one has experienced that can cause depression. The death or a loss of a loved one, even if it was natural, can increase one’s risk of depression. Another related cause is substance abuse. According to National Alliance on Mental Illness, they found approximately 30 percent of people with substance abuse have developed depression.

What are the symptoms?

When it comes to depression, it affects a person psychologically, physically, and socially. Psychologically, there are feelings of persistent sadness, hopelessness and helplessness, low self-esteem, feeling irritable and intolerant of others, lacking motivation, anxiousness, and/or suicidal thoughts. Some might feel guilt-ridden or have difficulty making decisions on their own.

Physically, for someone who suffers from depression, their moving or speaking is slower than usual, drastic chances in appetite and/or weight, unexplained aches and pain, and insomnia.

Socially, one would take part in fewer social activities, neglecting hobbies and interests, and difficulty at work and in school.

How is depression treated?

One of the key factors when it comes to getting treatment for depression is support from friends or family. The ones suffering from depression need to know they’re not alone. Along with the support, psychotherapy is recommended for mild cases of depression.

In addition to psychotherapy and/or antidepressants, aerobic exercise helps with mild cases of depression because it raises the levels of endorphins and it stimulates the neurotransmitter norepinephrine, which is associated with a person’s mood.

How can I prevent it?

There isn’t a way to prevent depression, but there are ways to minimize the effects of depression and to be aware of a loved one suffering from depression.

To help minimize the effects of depression, find a way to control stress. It will help increase resilience and boost one’s self-esteem. Another way is to reach out to your loved ones in times of crisis. Going through hardship alone is difficult, but with the help of friends and family, one will be able to see the light at the end of the tunnel.

There are a number of warning signs of loved ones suffering from depression. The blank stares, loss of interest, and/or inability to express happiness for more than a few weeks is a start. Sometimes crying may or may not be an obvious trigger, but looking out for tearful eyes, furrowed eyebrows, slumped posture, and lack of eye contact and/or facial expression can be helpful indicators of depression. The more obvious signs are when he/she is fixated on past mistakes expressing guilt and/or self-blame. You want to listen for statements such as “it’s hopeless,” “I have no choice,” “nobody cares.” In some cases, one might express thoughts of suicide. Listen for “you’d be better off without me,” “I can’t go on,” “I wish it were over.” If a loved one expresses thoughts of suicide, encourage them to talk about it because it helps lower the risk of following through with it, but more importantly, listen to what they have to say.

“Depression is not a bad mood. It is a biological reality and a medical condition, and when we talk about it as anything less than that, we belittle the people suffering from it.” -Cate Matthews, The Huffington Post