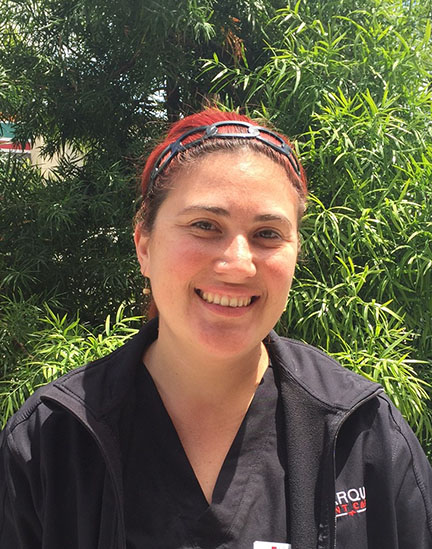 Approximately 47.5 million people worldwide are living with dementia. That number is expected to increase to 115.4 million by the year 2050. With no known cure, there is an urgent need to explore, identify and change lifestyle factors that can reduce dementia. Older adults with no genetic risk factors for dementia may be just as likely to develop the disease as those who are genetically predisposed, indicates a study that followed more than 1,600 Canadians over five years.

The symptoms of dementia vary across types and stages of the diagnosis. The most common affected areas include memory, visual-spatial, language, attention and problem solving. Most types of dementia are slow and progressive. By the time the person shows signs of the disorder, the process in the brain has been happening for a long time. It is possible for a patient to have two types of dementia at the same time. About 10 percent of people with dementia have what is known as mixed dementia, which is usually a combination of Alzheimer’s disease and another type of dementia such as frontotemporal dementia or vascular dementia. When people with dementia are put in circumstances beyond their abilities, there may be a sudden change to crying or anger. Depression affects 20-30 percent of people who have dementia, and about 20 percent have anxiety. Psychosis and agitation/ aggression also accompany dementia. Each of these must be assessed and treated independently of the underlying dementia.

In the first stages of dementia, the signs and symptoms of the disorder may be subtle. Often, the early signs of dementia only become apparent when looking back in time. The earliest stage of dementia is called mild cognitive impairment (MCI). 70 percent of those diagnosed with MCI progress to dementia at some point. In MCI, changes in the person’s brain have been happening for a long time, but the symptoms of the disorder are just beginning to show. In the early stages of dementia, the person begins to show symptoms noticeable to the people around them. The symptoms begin to interfere with daily activities. The person may start to have difficulty with more complicated chores and tasks around the house. The person can usually still take care of themselves, but may forget things like taking pills or doing laundry and may need prompting or reminders. 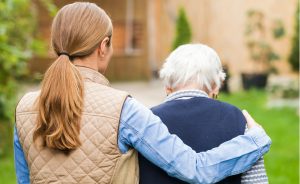 The symptoms of early dementia usually include memory difficulty, but can also include some word-finding problems and problems with planning and organizational skills. One very good way of assessing a person’s impairment is by asking if he or she is still able to handle his/her finances independently. This is often one of the first things to become problematic. Other signs might be getting lost in new places, repeating things, personality changes, social withdraw and difficulties at work. As dementia progresses, the symptoms first experienced in the early stages of the dementia generally worsen; the rate of decline is different for each person. For example, people with Alzheimer’s dementia in the moderate stages lose almost all new information very quickly. People with dementia may be severely impaired in solving problems, and their social judgement is usually also impaired. They are unable to function outside their own home, and generally should not be left alone. People with late-stage dementia typically turn increasingly inward and need assistance with most or all their personal care. Persons with dementia in the late stages usually need 24-hour supervision to ensure personal safety, as well as to ensure that basic needs are being met. If left unsupervised, a person with late-stage dementia may wander or fall, may not recognize common dangers around them such as a hot stove, may not realize they need to use the bathroom or become unbale to control their bladder or bowels.

Mild cognitive impairment means that the person exhibits memory or thinking difficulties, but those difficulties are not severe enough to meet criteria for a diagnosis of dementia. Around 70 percent of people with MCI go on to develop some form of dementia. MCI is generally divided into two categories. The first is one that is primarily memory loss. The second category is anything that is not primarily memory difficulties. People with primarily memory problems generally go on to develop Alzheimer’s disease. People with other types of MCI may go on to develop other types of dementia. Various types of brain injury may cause cognitive impairment that remains stable over time. Traumatic brain injury may cause generalized damage to the white matter of the brain, or more localized damage. A temporary reduction in the brain’s supply of blood or oxygen may lead to hypoxic-ischemic injury. Strokes or infections affecting the brain and excessive alcohol use may cause alcohol dementia. Dementia that begins gradually and worsen progressively over several years is usually caused by neurodegenerative disease-that is, by conditions that affect primarily the neurons of the brain and cause gradual but irreversible loss of function of these cells. Less commonly, a non-degenerative condition may have secondary effects on brain cells, which may or may not be reversible if the condition is treated.

There are four main causes of easily reversible dementia: hypothyroidism, vitamin B12 deficiency, Lyme disease, and neurosyphilis. All people with memory difficulty should be checked for hypothyroidism and B12 deficiency. For Lyme disease and neurosyphilis, testing should be done if there are risk factors for those Lyme diseases in person. Because risk factors may be undertaken as a matter of course in cases where dementia is suspected. Routine blood tests are also usually performed to rule out treatable causes. These tests include vitamin B12, folic acid, thyroid-stimulating hormone. Abnormalities may suggest vitamin deficiency, infection, or other problems that commonly cause confusion or disorientation in the elderly. The problem is complicated by the fact that these cause confusions more often in persons who have early dementia. No medications have been shown to prevent or cure dementia. Medications may be used to treat the behavioral and cognitive symptoms but have no effect on the underlying disease process. Acetylcholinesterase inhibitors, such as donepezil, may be useful for Alzheimer disease and dementia. An assessment for an underlying cause of the behavior is needed before prescribing antipsychotic medication for symptoms of dementia. Antipsychotic drugs should be used to treat dementia only if no-drug therapies have not worked, and the person’s actions threaten themselves and or others. Because people with dementia can be aggressive, resistant to their treatment, and otherwise disruptive, sometimes antipsychotic drugs are considered as a therapy in response. While depression is frequently associated with dementia, selective serotonin inhibitors do not appear to affect outcomes. The use of drugs to alleviate sleep disturbances that people with dementia often experience has not been well researched, even for medications that are commonly prescribed. There is no clear evidence that melatonin or ramelteon improves sleep for people with dementia due to Alzheimer’s disease.

Below are other ways you’re increasing your dementia risk:

Physical activity is an important factor to help decrease the risk of dementia. The brain operates more effectively when an active lifestyle is in place; now there’s one more reason to exercise. Here are the best ways to help prevent dementia:

The information provided is for general interest only and should not be misconstrued as a diagnosis, prognosis or treatment recommendation. This information does not in any way constitute the practice of medicine, or any other health care profession. Readers are directed to

consult their health care provider regarding their specific health situation. Marque Medical is not liable for any action taken by a reader based upon this information.