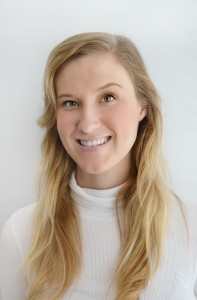 There has been a great deal of conversation circulating in the media lately regarding gluten. Gluten is the name for a group of proteins found in most grains and is the compound found in many of American’s favorite food items. Some examples include (but are not limited to): bread, crackers, cookies, cakes, pretzels, bagels, pizza, pasta, etc.).

Although there are many health benefits associated with giving up gluten, not everyone has to. About 1 in 133 people in America have Celiac disease, an autoimmune disease in which the digestive system attacks itself when gluten is ingested. A larger group of individuals, about 18 million in the USA, suffer from what is known as “non-celiac gluten insensitivity.” In both these scenarios, the ingestion of gluten will often incite skin, respiratory and in particular gastrointestinal symptoms. Other digestive autoimmune diseases, such as Crohns, Ulcerative Colitis, and Irritable Bowel Syndrome have very similar reactions to the consumption of gluten as one with Celiac Disease. Some of the negative bodily reactions to the protein include abdominal bloating, constipation, fatigue and acne. For these reasons, it is recommended to those individuals with these conditions that he or she adopt a gluten-free diet.

People make the decision to eliminate gluten from their diet for a variety of different reasons. While a portion do it out of physical necessity, many go gluten free as a means of losing weight; this is because an overwhelming amount of gluten products are highly processed food items. Going gluten-free ideally allows the individual to consume more whole foods with more antioxidants, vitamins and minerals. Many report feeling much more energized which is likely due to the fact that his or her body is no longer over-compensating and attacking itself as it did when gluten was introduced. Finally, a clearer complexion is associated with the gluten free diet, again most likely due to the incorporation of more healthy, unprocessed foods.

It is important to note however that just because you give up gluten does not guarantee you will lose weight. With the rising number of people going gluten-free, it is becoming more and more accessible to find your favorite treats in gluten free form. So although you may be easing your digestive system, your waistline still may suffer.  In addition, gluten can appear in less obvious locations such as salad dressings and veggie burgers.  Take the time to do some research and to read labels very carefully. As with vegetarianism and veganism, a gluten-free diet is not fit for everyone and it is advised that one seek medical attention before making any major dietary changes.