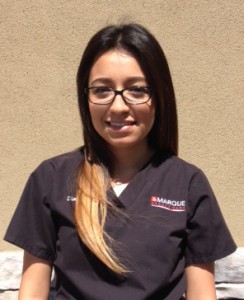 The Importance of Measles Immunizations by Diana Lopez

It  is recently reported that measles has infected children at a local theme park here in Southern California. Since the start of this outbreak, more than 85 cases have been confirmed throughout the U.S. by health officials as of January, 26 2015. One of the major causes for this disease spread is due to the lack of immunization against this disease. According to the Center for Infectious Disease, “measles spreads among those who have not been vaccinated against the virus.”

Measles is a respiratory disease that is caused by an airborne virus that is highly contagious. The virus can linger in the air for up to two hours after an infected person has left a room. Due to high communicability, it has also been recommended that if a person suspects to have contracted the disease, he/she should call the doctor’s office before heading there to reduce exposure of the virus to other patients. Some of the most common symptoms of measles include: fever, runny nose, cough, red eyes, sore throat, and in some cases a rash.

The CDC has recommended that any child under the age of one, or people who have never had the measles vaccine stay away from California theme parks, as well as highly populated locations which may include: airports, shopping malls, and schools who have reported cases of students that came down with the disease.

Overall, measles is spread among those who have not been vaccinated against the virus. In general, the first MMR (Measles Mumps Rubella) vaccine is given at age one, and a second dose is usually given before a child starts kindergarten. One dose of the measles-containing vaccine is about 92% effective and, two doses are more than 99% effective. The best way to prevent measles and its spread is for people to get vaccinated.