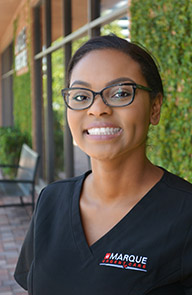 Rheumatoid arthritis (RA) is an inflammatory disease that causes pain, swelling, stiffness, and loss of function in the joints. It occurs when the immune system, which normally defends the body from invading organisms, turns its attack against the membrane lining the joints.  Rheumatoid arthritis can weaken and stretch tendons and ligaments, which can eventually destroy the cartilage and bone in the joint.  This affects the lining of your joints, causing a painful swelling that can eventually result in bone erosion and joint deformity.

Rheumatoid arthritis almost always affects the joints in the hands making them inflamed. The symptoms include:

RA can strike other joints such as the knees, neck, shoulders, and wrists usually in a symmetrical pattern (same joints on both sides of the body). Those symptoms are more “flu-like” such as fatigue, sickness, and muscle aches which usually are less intense and last longer. RA affects one percent of Americans and anyone can get it, though it’s more common in women then in men.

The following treatment medications can relieve pain and reduce inflammation and slow down the progression of the disease.

Surgery can also be an option (tendon repair, synovectomy, and joint fusion). A review of symptoms, bloodwork and X-rays can be done, however there is not an actual test that can determine if you have RA. A diagnosis would be based on a combination of test results and joint problems. More recently doctors don’t yet know the actual cause of this “invisible disease” and currently there is no cure for RA.