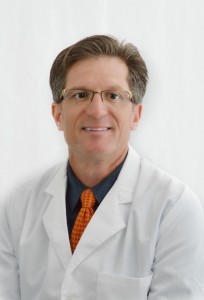 Have you ever experienced the feeling of your heart fluttering, skipping a beat, or pausing? How about the feeling of an irregular heart rhythm with two or three quick beats in a row? If you have encountered such a sensation, then you are joined by the millions of people who also suffer from palpitations. One of the most common complaints I have come across in the practice of cardiology are the symptoms I have described above, which are lumped into this broad diagnostic category of “palpitations”. Common questions regarding the matter are:

I will try to address these questions and hopefully set your mind at ease, if you are experiencing such symptoms.

So what are palpitations? To palpitate is to beat rapidly and strongly. So in medical terms, palpitations are the sensation of a rapid or strongly beating heart rhythm. Without recording the heart rhythm at the time of the symptoms, it is difficult to determine a hearth rhythm at the exact moment of palpitations. For more than 95% of people, palpitations typically correspond with premature beating of the heart. Depending on where these impulses to beat are generated, they are called either PACs (premature atrial contractions) or PVCs (premature ventricular contractions). These impulses occur prematurely, originating in the sinus node, which is the pacemaker of the heart. When these premature beats occur, it causes the feeling of an irregular beat and sometimes the feeling of a pause or skipping of heartbeats. The good news is that PACs and PVCs are normal; they are naturally occurring beats with an out of sync timing.

PACs and PVCs are not dangerous or life-threatening in any way. They occur because almost all the cells in the heart have an intrinsic ability to produce a heartbeat. In order to pump blood, the sinus node typically produces a heartbeat that all the other cardiac tissue use to stimulate the contraction of the heart muscle.  Because almost all the cardiac tissue can do the same thing, there can also be “rogue” cells in the atria (upper chambers which generate PACs) or ventricles (lower chambers which generate PVCs) that produce a cardiac impulse between the normal cycle of the sinus node and viola.  The discharge of these “ectopic” rhythms then causes the sinus node to reset with a resultant pause or feeling of a skipped beat. The production of these ectopic beats is completely and totally benign. The purpose of cardiac tissue is to produce theses impulses. If the sinus node were ever to fail (and it does think of your mother or father or grandparent who has a pacemaker) they can act as a back-up pacemaker and keep the heart beating along!

Another important fact to know about PACs and PVCs is that they are not harbingers of worse things to come. The presence of these “extra” heartbeats does not predict or indicate that the person will develop more lethal or malignant forms of arrhythmias. PACs and PVCs are truly benign.

PACs and PVCs are diagnosed primarily by a patient’s clinical history and treatment is symptom-based. In a young, healthy individual with the symptoms I have previously described, PACs, PVCs, or both are the cause in most cases. In an older person, say greater than 60 with other medical problems like diabetes, high blood pressure, or prior heart attack, other forms of arrhythmia must be considered. Even with symptoms typical for PACs and PVCs, a patient should undergo two basic cardiac tests: an echocardiogram (ultrasound of the heart) and a Holter Monitor (heart rhythm recording for 24 hours). If the results are normal, there really is no need for any additional testing. Treatment is dictated by the individual patient. If they are comfortable with the diagnosis and know that their condition is benign, then simply tolerating the symptoms when they occur is the best course of action. Though, for some, the symptoms are annoying and may interfere with daily life. In those cases, treatment with a beta-blocker medication can reduce the symptoms frequency.

People who experience palpitations are often worried and concerned about their symptoms. This is an appropriate and natural response to feeling your heart flip-flop. I hope this blog has helped set your mind at ease that palpitations are common for many people. They are almost always caused by PACs and PVCs, which are benign and not life-threatening. If you have these symptoms, I encourage you to see a cardiologist (like me!) and have an echocardiogram and Holter Monitor performed. Assuming those are normal — and they almost always are — then you can rest assure that you are not in danger, and if need be, take a safe medication that can oftentimes relieve the symptoms entirely.