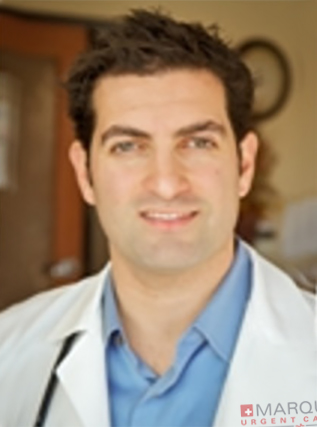 Fluorine is an abundant element, found widely in the environment, from soil to rocks, water, and even air.  It makes up approximately 0.1% of the earth’s crust.  It is also an industrial byproduct of aluminum, iron ore, and fertilizer.  The impact of fluoride was initially noted in 1909 when high levels were associated with deleterious effects, specifically, mottled enamel.  However, by 1945, researchers at the NIH found that fluoride had protective effects and prevented dental carries. 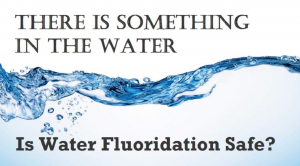 In January of 1945, the city of Grand Rapids became the first of many to have their water supply artificially fluorinated to the level of 1ppm followed this discovery.   However, while advocates will refer to this as one of the most practical, cost effective, and safe measures that communities can take to improve oral health, water fluorination remains a controversial public health topic.  Experts opposing the fluorination of water cite studies highlighting th 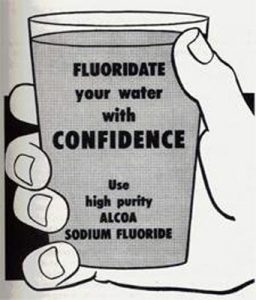 at what gains are seen in oral health, can be significantly offset by adverse systemic toxic effects.

If one were to review the July 2015 issue of the public health reports under the ‘Surgeon Generals Perspectives” section, they would see the article titled “Community Water Fluorination, One of the CDC’s “10 Greatest Public Health Achievements of the 20th Century.”  In fact, 2015 marked the 70th anniversary of water fluorination that began in Grand Rapids Michigan as one of the first of many landmark studies that demonstrated that the addition of low amounts of Fluorine to the community water system resulted in fewer dental carries than communities with naturally occurring, or negligible amounts of fluoride in the water system. 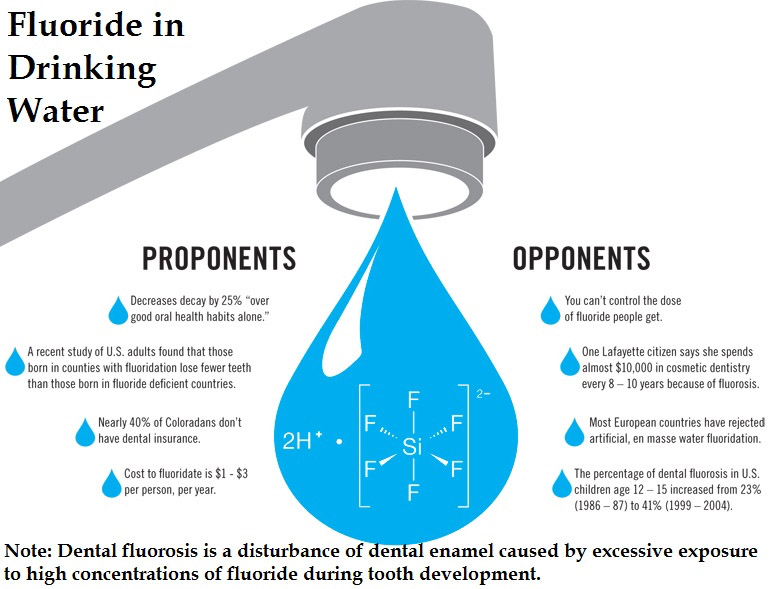 While the main positive impact of fluoride on human health is its contribution to prevention of dental carries, this benefit was found to be topical, and in turn, the notion of adequate daily intake appears to be flawed.  Furthermore, fluoride is still classified as a pollutant, and not a medical nutrient, and thus, it becomes a starting point for conversations about adverse effects.   At a total fluoride intake of 14 mg/day, there is evidence of skeletal fluorosis and an increased risk of bone fractures; at levels above about 6 mg fluoride/day the evidence is suggestive of an increased risk of effects on bone.  There are now more sources of fluoride than in the past, which warrants a re-evaluation of the previously published recommendation of maintaining concentrations between 0.7 and 1.2ppm in public water systems.  In a study by the CDC, it was found that total fluoride intake for adults was between 1.58 and 6.6mg/day and between 0.9 and 3.6mg per day.   Without a way to regulate an individual dose of ingested fluoride, it is difficult to stay within certain permissible limits or to identify an ‘optimal dose.’  In short, the recommendations and the permissible exposure that is artificially created warrants reevaluation. 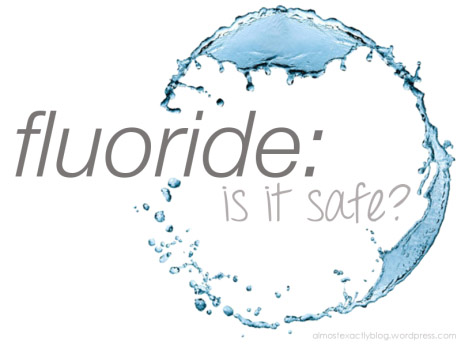 From a public health perspective, any large-action action that is low cost (or cost-effective), equitable, safe, and seemingly practical, is an action that is highly sought after if there are clear findings of benefit for the public to whom the action serves. While this concept is well-known and simple on the surface, as anecdotal observations and poorly designed studies are peeled away to reveal evidence-based scientific findings, the depth and complicated nature of these actions are revealed.  Artificial fluorination of community water systems to prevent or minimize tooth decay is one such example.

In July of 2015, public health reports, published an article by Surgeon General Vivek H. Murthy, where he celebrated the –then- 70th anniversary of the start of community water fluorination.  In the article, Dr, Murthy proposes his thoughts that water fluorination ‘is the best method for delivering fluoride to all members of the community, regardless of age, education, income level, or access to routine dental care.’  He then cites two articles stating, “each generation born since the implementation of water fluoridation has enjoyed better dental health than the preceding generation.”

The first comment is without supportive evidence and poses the obvious question: is fluorination of water is in fact the ‘best way’ to deliver fluoride to all members of the community?   Furthermore, there is a seemingly endless list of confounding factors to call into question the stated fact that ‘each generation born since the implementation of water fluoridation has enjoyed better dental health than the preceding generation.’   Improvements in dental care and hygiene, including improved education, floss and toothbrush technology, access to more readily available and affordable dental care, are a few of these confounders. 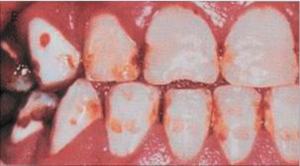 Severe enamel fluorosis occurs in approximately 10% on average, of children in U.S. communities with water fluoride concentrations at or near 4 mg/L. The condition develops as teeth are forming.

In his article, the surgeon general admits to an increase in dental fluorosis, a condition arising from over exposure to fluoride resulting in staining and pitting of the tooth surface (fig 1).  What is left out however is the neurotoxicant effect of increased systemic exposure to fluoride.

In 2011, Environmental Health Perspectives published a study by Choi et. Al. from the Harvard School of Public Health which highlighted the neurotoxicity of fluoride in children, and specifically their neurodevelopment.   Findings from a meta-analysis of 27 studies published over a 22-year period suggested an inverse association between high fluoride exposure, and children I.Q.   Their analysis revealed that exposed groups had access to drinking water with fluoride concentrations up to 11.5 mg/L; thus, in many cases concentrations were above the levels recommended by the department of health and human services (0.7–1.2 mg/L) or allowed in public drinking water (4.0 mg/L; U.S. EPA) in the United States.   Their findings concluded that the standardized weighted mean difference in IQ score between exposed and reference populations was –0.45 (95% confidence interval: –0.56, –0.35)3.

In a review by Ekambaram et al, it was found that dental fluorosis is the first visible sign of chronic toxic effect of Fluoride in experimental animals.  This is then followed by skeletal fluorosis, revealing that a moderate increase in Fluoride concentration is sufficient to produce harmful effects to teeth and bones.  With continued exposure, there is a resultant impairment in neurological activities such as locomotor activities. 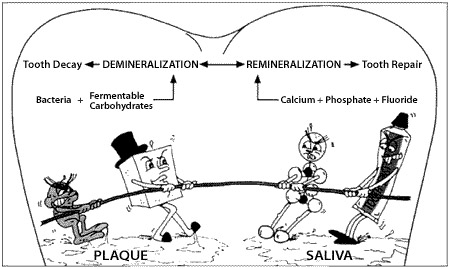 Analysis of the effects of fluoride would be incomplete without a brief outline of the mechanisms of action.  As an enzyme disruptor, Fluoride gains its anti-cavity benefits from its ability to derange the enzymes of bacteria causing dental carries.  Fluoride (having the highest electronegativity of all elements) can interfere by attaching itself to metal ions on the enzymes active site or by forming competing hydrogen bonds.

There are 66 known enzymes which are affected by fluoride ingestion; not all these enzymes are exclusive to dental tissue. Thus, it was further shown that Fluoride can interact with a wide range of enzyme-mediated cellular processes and genes modulated by fluoride, including those related to the stress response, metabolic enzymes, the cell cycle, cell-cell communications, and signal transduction.  This impact on both adult and child neurological processes has been well documented. 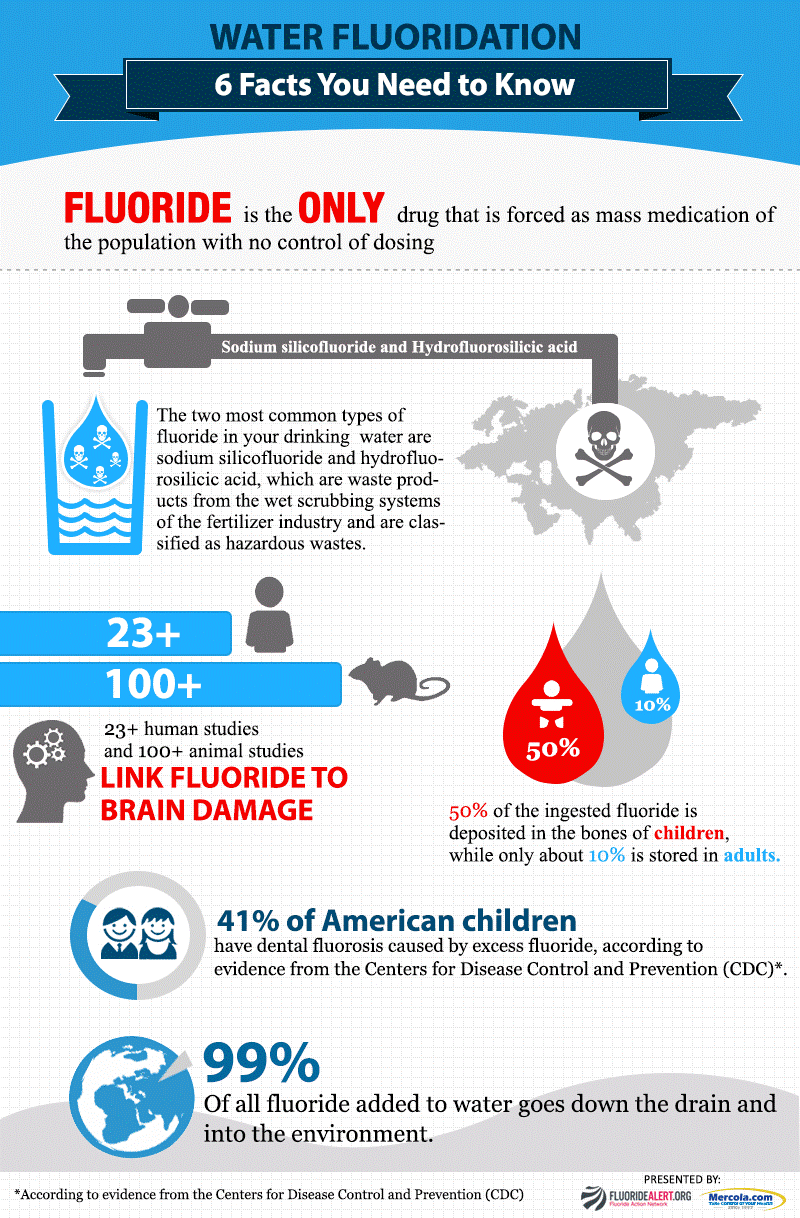 Despite the change in the recommended target concentration for community water supply fluorination, this activity remains a controversial public health measure.  Clearly, there is evidence supporting the development of dental fluorosis, however, the neurotoxicity from the development of learning disorders such as ADHD, to decreased IQ of children due to interference with neurodevelopment, and many in vitro and animal studies, are also seemingly unintended consequences of a cost-effective prevention of tooth decay.

As the available evidence suggests the fluoride has the potential to cause major adverse health effects, with perhaps,  more limited dental care prevention effect than initially thought.

While no conclusive studies have shown definitively what actions need to be taken on a public/societal scale, the practice of artificial water fluoridation should be considered on a global scale.  Additionally, as water fluoridation is not the only source or exposure of the public to fluoride, industrial safety measures need to be taken as well to limit the discharge of industrial fluoride compounds and byproducts into the environment.